The Herb Series – Rosemary (the last in this series)

The last in our Herb Series is rosemary. An herb that most people are very familiar with, rosemary is native to the Mediterranean area. A very pungent herb whose leaves can be used both fresh and dried, rosemary is high in iron, calcium and Vitamin B. 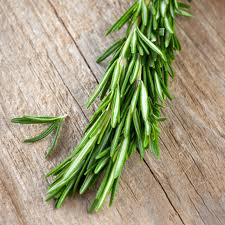 Lucky for those of you with an herb garden, rosemary grows similar to a weed. It is actually used for its beauty in landscaping in addition to its many uses in the kitchen. Rosemary has an old reputation for improving memory, but there is not scientific evidence to substantiate these claims. We do however know that rosemary is a great asset in the kitchen. Simply hold the stem and run your fingers down the stem in the opposite direction of the leaves. Give it a quick chop and place it into your dish. 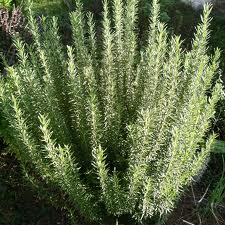 Here is a recipe from Chef Jean-Philippe that shows how to use rosemary in your own kitchen.

Marinate the Swordfish with Olive Oil, 1 branch rosemary and ½ of the garlic for 2 hours in the refrigerator. Grill it until it’s cooked but don’t overcook it; it should be moist and juicy. For the Sauce make a caramel with sugar and water; when it reaches a nice golden color add sherry vinegar, reduce heat. Add all citrus juice, diced tomato, bell peppers and ginger. Season with salt and pepper.
Bake baby new potatoes in a sheet pan with the other ½ of the garlic, 1 branch rosemary, olive oil, salt and pepper.